What’s your favourite position in the Drama Triangle?

What’s your favourite position in the Drama Triangle? Over 10 years ago I wrote a dissertation on what therapists do, say and feel when therapy reaches an impasse. An Impasse is when the work is stuck in some way and you’re struggling to find a way to help  clients move forward. In that piece of work I chose to discuss my findings in the context of  Karpman’s Drama Triangle (1968). All these years later I still find that the Drama Triangle is a concept that I use frequently when helping clients to unravel a situation they’re struggling to come to terms with. In fact I often find that the Drama Triangle comes to mind when I’m talking to  supervisees  and sometimes even when I’m talking to family and friends. As therapists and coaches we’re not immune to getting caught up in the Drama Triangle and that was shown clearly in my research, so every now and again I step back and consider if I’m acting out one of the roles.

What is the Drama Triangle?

The concept of the Drama Triangle was first coined as a phrase by Karpman in 1968. I’m sure like most ideas it’s been around for centuries but a lot of us know it in the context of Transactional Analysis (TA). It’s linked to the TA ideas of Life Scripts and Games. I’m not fully trained in TA but it’s one of those concepts easily adapted to any way of working and I find it really easy to explain to clients. I’ll often just sketch a little diagram. It’s amazing how easy clients find it to identify with one role or the other when something in their life has kicked off. The way I see it, the Drama Triangle is a completely normal phenomenon in human interactions. if you’re not familiar with the Drama Triangle, visualise a triangle with the words victim and rescuer and persecutor in the corners. Who hasn’t at some point thought “Poor me (victim)” or “You poor thing (rescuer)” or even “you’re obviously an idiot! (persecutor)” This is all part of the ups and downs of normal life. It only really becomes an issue when we have a tendency to approach too many of our interactions from one of the dramatic positions. The other freaky thing about the Drama Triangle is people tend to swap positions. Additionally, we can become so strongly identified with a role that it becomes a part of our script. we can live and breathe it.

imagine a drama involving a mom and a teenager. At one point the teenager believes her mother is the worst type of dictator the world has ever seen (mother as persecutor, teenager as victim) only to find that some time later the teenager is shouting abuse at the mother expecting mom to drop what she’s doing and bring a forgotten sport’s kit to school. At this point the teenager is the persecutor and the mom is the rescuer. The roles are largely unconscious but like with everything the more conscious we are about our behaviour the more able we are to make conscious adult choices. In fact stepping out of the Drama Triangle requires making assertive choices rather than being aggressive, passive aggressive or passive.

So as a therapist or coach what’s your favourite position?

I believe that practitioners can and sometimes do unconsciously take up one or more of the roles in the Drama Triangle. Particularly when the work is difficult or stuck or even just plain boring. Hopefully with supervision and being the enlightened souls that we try to be we can catch our thoughts and, recognise the countertransference and check our behavioural responses to clients. Or of course, use our insights into our feelings to best serve our client. The Drama triangle is relational so if we feel like persecuting the client maybe they are taking up one of the other positions.

Think about the last time you were in the middle of a challenging piece of work with a client, particularly if the work felt stuck. Did you feel anything on the continuum from frustration to annoyance? Did that build to anger or hate? Have you ever felt as though you need to walk on egg shells with a client to avoid ‘upsetting” them? Have you ever felt controlled by a client or as though all of your interventions are rejected? If you have, you’re not alone. It’s a common experience for therapists and coaches. There are ways to step outside of the Drama Triangle. It’s often called the Winners Triangle or the Empowerment Triangle. I’ll talk about that in a future post.

Here are some quotes from my research participants

” I have thoughts of  . . . ‘I could just slap you’ which is quite scary to feel when in a therapeutic or healing role. ~ Therapist as persecutor.

” I felt like I was in a straight jacket, a strangle hold, ground down to dust” ~ Therapist as victim

” I tried to make the sessions as comfortable as possible, I wasn’t overly challenging” ~ Therapist as rescuer.

I’d love to hear your thoughts in the comments. Have you ever felt like you’ve been caught up in the drama triangle? Do you use the Drama Triangle in your work with clients or in supervision. Look forward to hearing from you.

This site uses Akismet to reduce spam. Learn how your comment data is processed. 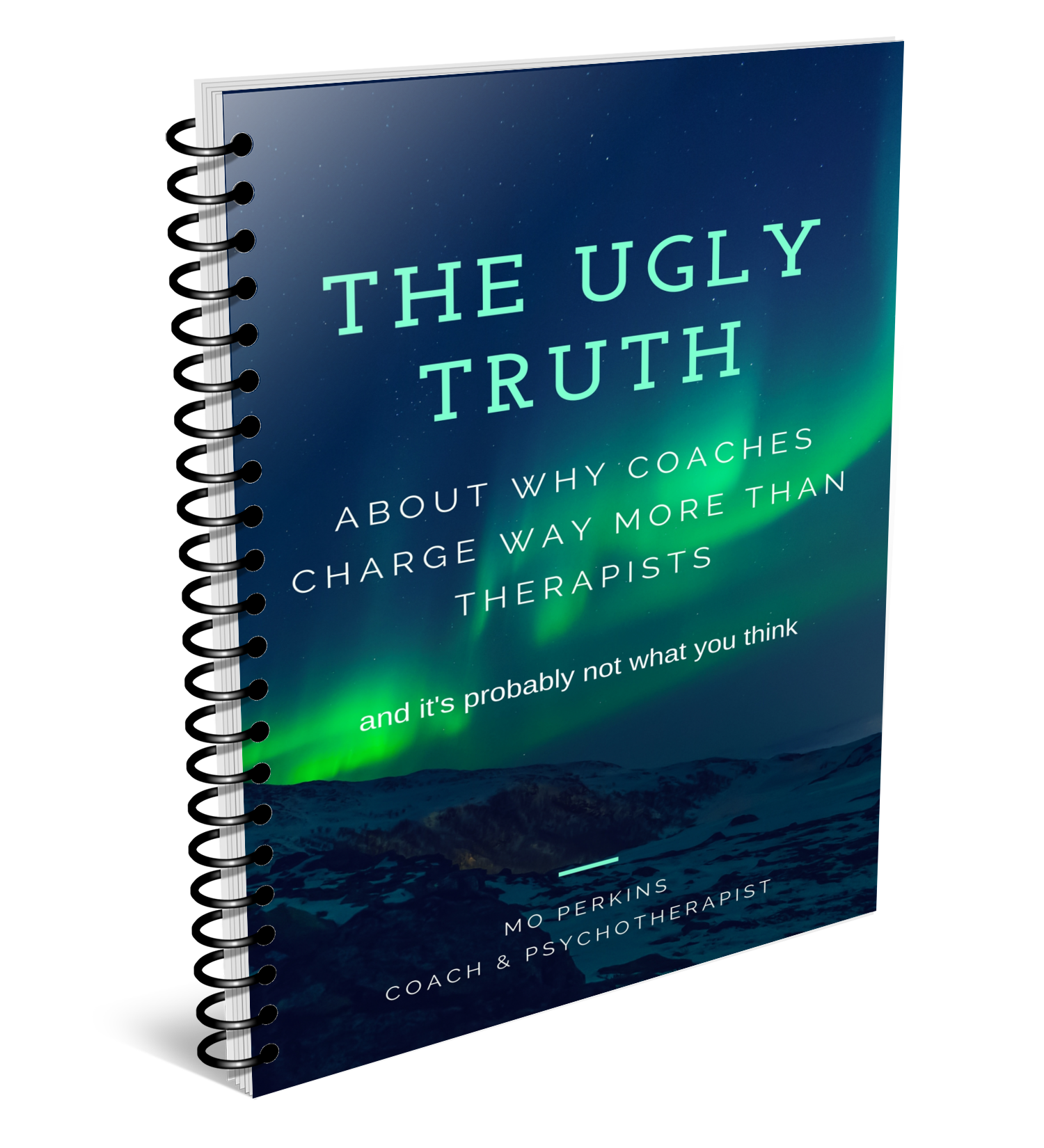 The Ugly Truth about Why Coaches Charge Way More than Therapists

And it’s probably not what you think

You have Successfully Subscribed!

THE UGLY TRUTH ABOUT WHY COACHES CHARGE WAY MORE THAN THERAPISTS

You have Successfully Subscribed!